THE POWER OF STATISTICS IN DATA SCIENCE

Data Science and Statistics are complementary of each other. In 1977, The IASC (International Association For Statistical Computing) was formed. The main aim of this association was to link statistical methods, computer technology and the knowledge of domain experts in order to covert data into information and find precise insights from the data. We can’t imagine Data Science without statistics.

We define Data Science as: Data + Science i.e. get the data, understand it and apply scientific models i.e. mathematical models, statistical methodology, operation research etc. on data to get insights from the data and make data informative. Now the question is: what do you mean by statistics?

Statistics is the collection of data or science in which we play with data. we collect data, analyse it and then get insights from it or this is the most important discipline to analyse and quantify uncertainty.

Statistics Plays an important role in Data Science, Statistics is the foundation of Data Science, it is the most important discipline that provide tools and methodology to make data structured and get information from the data.

There is a strong relationship between these two fields. In this modern world data is growing very rapidly in every second so it is very important for a Data Scientist to run the best models on the data and get the precise insights from the data. Now the Question arise: From where these models come? These models comes from Statistics

Machine learning is the widely growing field in Data Science, it is the combination of Computer science and statistics. In Machine Learning we run models on data make data informative & get deeper insights from the data.

Some Important Concepts of Statistics that are used in Data Science are:

Let us consider the simple linear regression of Y on X i.e.

Y=b0+b1X+Ɛ   in this equation b0 is the intercept which the line cuts on the Y axis and b1 is the slope of the line, also called regression coefficient. Ɛ is the error term which is normally distributed. The regression line is of the type as shown in the graph below:

if we want to predict the message is “spam” or “not spam”, either a person has “diseases” or not. In classification problems we used the models like Logistic Regression, Decision Tree etc.

we use sampling in our day -to-day life. when complete enumeration of the population is not possible then we use sampling. For example, we want to test either the chalk is “dustless” or “not”, in this case we can’t break every chalk to test, so we prefer sampling in these cases. Complete enumeration of population is time consuming and expensive due to large size of population that’s why we use various sampling techniques for testing of these large populations.in sampling we draw a sample (subset of population) and get inferences about population based on this sample. Various sampling techniques are simple random sampling, stratified sampling, systematic sampling, clustering etc.

In Data Science we use these techniques many times. For example, we use clustering when run the model k mean clustering on data and draw inferences. In this we divide the data into clusters (groups) and then use these clusters to get insights from the data.

Time series is a set of events measured at a time or in specific intervals of time. for example, weekly demand of a commodity, monthly sale of a product etc. Components of time series are:

Hypothesis plays a crucial role in Data science. In hypothesis testing we work on samples rather than population. Hypothesis is nothing but a statement. In other word we can say that hypothesis is a procedure based on which one can decide whether the hypothesis is rejected or accepted. Two type of hypothesis are:

Following are the steps of hypothesis testing:

Get Thoughts from the Akscellence Teams Directly in your Inbox.

1 thought on “THE POWER OF STATISTICS IN DATA SCIENCE”

PrevPreviousAI Based Insights in Power BI
NextWhy do Businesses Need a Perfect Combination of BI Analytics and Data Scientist?Next
Trending 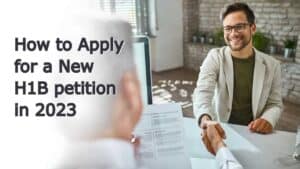 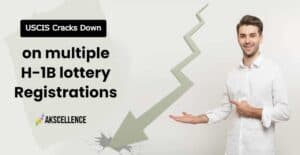